A man in our church recently had his wife accused of stealing money from her employer.  The amount was 348,000 Kwacha!  That’s a lot of Kwacha, but not a lot of dollars; about $800.  On top of being accused, she was thrown in jail with no evidence of her involvement.  On top of that, she was 8 months pregnant.  She was accused by a co-worker, the same co-worker that was actually caught 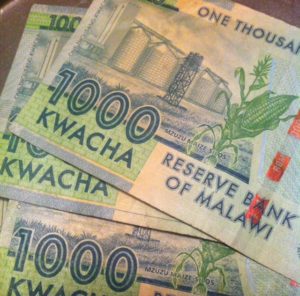 doing the stealing.  I guess he thought he might limit his punishment by bringing fault on someone else.

As all this was going on, I was trying to get into the head of this man, her husband.  I was wondering what he was feeling.  I think sometimes because of cultural differences we don’t see the strength of the family bond as we would expect to see it.  We don’t see marriage or families as we would expect to see them.  In Malawi, you don’t see husbands and wives together; you don’t see families together.  They don’t sit together in church; they don’t even walk together to church.  On the surface these relationships can seem like arrangements: marriage to appease culture, children to appease culture.  Is it meaningful at all?  I’m not here to proclaim right or wrong, I’m just giving a perspective from my point of view.   Honestly, I hate to even admit these thoughts, but they are genuine, so I have to.

I guess I never sat down and thought about why I perceived marriages and families in western culture to be meaningful.  Maybe this African model is actually the core of our western idea.  We have added complicated layers and trimmings to the cake, but here they just have the cake.  This idea kind of fits with the type of people we find here.  They are simple, humble, caring people, and uncomplicated.  I think they’re relationships take after these ideas.

In the end, this man stayed with his wife for two days and two nights.  Visiting hours were short, but he was still there.  She was released on bail on a Sunday morning.  He took her home, made her comfortable, and then rushed to church to give us the news.  He was tired and worn out, but he expressed the faithfulness of God.  This is a great example of love.  It was uncomplicated and uncompromising.  Maybe this couple never had a fairy tale wedding and don’t sit together in church, in fact, she doesn’t even come to our church, but that’s not important.  They don’t exhibit the signs on the surface that we expect to see, but, in this case, I witnessed something beneath the surface, and it was something I recognized.  God’s love is the same yesterday, today, and forever.  It came before, and goes after, culture of any kind.